How the UK will perform on the global stage in a post-Brexit world is hugely uncertain. Very few industries will be unaffected by separation from EU laws and regulations, leading to substantial speculation over what the future holds. The peer-to-peer finance sector, however, has reason to believe that Brexit will bring with it a wealth of possibilities.

In recent years, peer-to-peer lending has become the Cinderella of the finance industry. As confidence in P2P platforms grows it has become an integral part of the UK’s economy, with more and more businesses becoming aware of P2P funding as a potential source of finance. As such, many key leaders within the industry are driving for P2P lending to take a more central role in the country’s economy going forwards, and are hoping that it will form an important part of the Government’s negotiating strategy in the years following Brexit.

P2P benefits on the international stage

The chair of the government’s all-party committee on peer-to-peer lending, MP Adam Afriyie, comments that the P2P sector stands to benefit from increased importance within the UK’s trade negotiations. Currently, the UK’s innovative finance sector carries little weight within the EU’s negotiating strategy; we are, after all, only one of 28 members. This means that the UK’s well-developed P2P finance industry doesn’t have the international clout it needs to negotiate potentially lucrative contracts with other nations.

Where do we go from here?

So, what does the UK P2P sector stand to gain from increased global reach? With financial tech (or fintech) such a core component of the UK’s economic powerhouse, the country will be able to negotiate trade deals that work to the country’s benefit. Also, the powerful digital connectivity that P2P lending empowers makes it easy to envision a world where British lenders directly fund initiatives in developing countries. Similarly, it would make it easier to export cutting-edge UK technology all around the planet, putting the country’s peer-to-peer lending industry at the heart of a global market.

What does this mean for investors?

As investors in the UK’s current peer-to-peer finance market, the confidence of the government’s own leaders is reassuring. If the P2P industry can be kept at the forefront of the UK trade negotiations, there is every reason to believe that the market will continue to grow domestically and expand internationally. 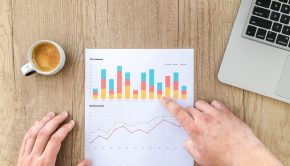 How will the pandemic impact on peer to peer lending returns →

The latest on COVID-19 and Peer to Peer Lending →